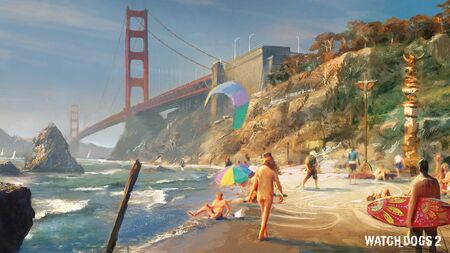 Baker Beach is a landmark in the city of San Francisco during Watch Dogs 2.

Baker Beach is a public beach in San Francisco on the shore of the Pacific Ocean northwest of the city, beginning just south of Golden Gate Point and extending south towards Seacliff peninsula, the Palace of the Legion of Honor and the Sutro Baths. It's commonly considered a "nude beach" as nude bathers is very common.